Part 3: Crisis comms tips – together we are stronger

To say this been an unusual couple of weeks would be a massive understatement but, hopefully, people are now more familiar and calmer about the implications and impacts of CoVid-19. So Part 3 of my crisis comms tips is also the final one. You can read Part 1 and Part 2 plus the headings are listed at the end of this article, following my final parting thoughts.

Remove any B2B and B2C divide

In the last few weeks, I’ve been really impressed by the human tone that most crisis communications have taken and I think that’s largely due to the fact that in the last decade we’ve shifted from thinking of audiences as distinct. There is no doubt that the power and reach of social media taught companies some brutal lessons about just how quickly ‘confidential’ or ‘internal’ messages could reach a global, unfiltered ‘consumer’.

But it’s also common sense, and never more apparent than during a crisis, that B2B audiences are also human e.g. B2C audiences too. So, don’t differentiate at all if you can manage it. Yes, your internal audience might be familiar with some industry jargon or company acronyms but what about new joiners…?

I like to imagine that any internal note is posted online for anyone to read – does it make you sound sensible but caring? If not, it needs more work.

Don’t forget your sense of humour

Firstly, I’m not suggesting an ‘all company’ note about pay cuts or redundancies should start with a joke. It’s vital to reflect and respect the seriousness of the content. But, I can’t be the only one who has been inundated with C-19 memes, videos and humorous images. The one thing that can sometimes stop us crying is laughing. And, even if you cry after, it’s a better kind of crying.

So, just keep an eye out for an opportunity to show you’re human and include some humour. It will make you a more accessible human, whose finding it hard too.

Again, I strongly recommend testing any jokes or humour you have planned on an honest and trusted ally, but not one that is ‘just like you’ as the point is to gain a different perspective.

Be a human, be your audience

Of course, you are a human but communication over email or written scripts then read aloud, can easily miss the ‘real human’ mark. And if they sound staged, they will also feel insincere. So, check the comms you’re putting your name to reflects your natural style and fits the channel it’s being shared through.

Always, ideally, imagine you’re the audience. The most terrifying thing for most people is the unknown, a vacuum of information. So, even if you can’t say very much let them know what you can and that you’re working on answers to the remaining questions.

Acknowledgement that questions exists in itself provides content that they can use to calm their fears – in part because you’ve demonstrated that you will communicate.

Without a doubt, the world will operate differently when the sun shines on a world where we can safely leave our houses. But it will happen. So, include a sense of hope in communications and remind your audience that a positive future is possible, especially if short term there are negative impacts you’re asking them to cope with.

A quick reminder of the comms tips from parts 1 and 2;


Warning: count(): Parameter must be an array or an object that implements Countable in /srv/users/serverpilot/apps/matrixmarketing/public/wp-content/themes/jupiter/footer.php on line 226 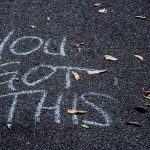 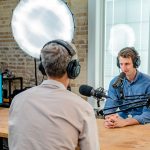 Why your business podcast (probably) won’t get any listeners